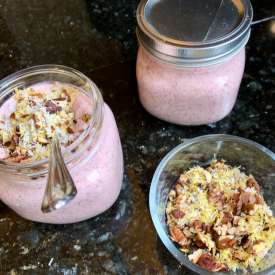 I was looking for a satisfying breakfast that didn’t involve eggs.  Now don’t get me wrong – I love eggs.  But I need to limit my eggs to around 6 eggs per week.  And a lot of the carb based breakfasts  –  waffles, toast, cereal, oatmeal –  leave me hungry a couple of hours later.  And carbs – especially simple carbs – are inflammatory.  So I want to avoid those, especially in the morning when my resolve is strong.

So in my pursuit of the perfect breakfast, I came across this recipe from Dr. Mark Hyman.  He is the head of Functional Medicine at Cleveland Clinics.  And for those people who swear they don’t like the chia seed texture, give this blended pudding a try.  It’s just about perfect.    Here’s why:

I modified the recipe to reflect my own taste.  But before you start making it, I want to coach you on some of the ingredients. 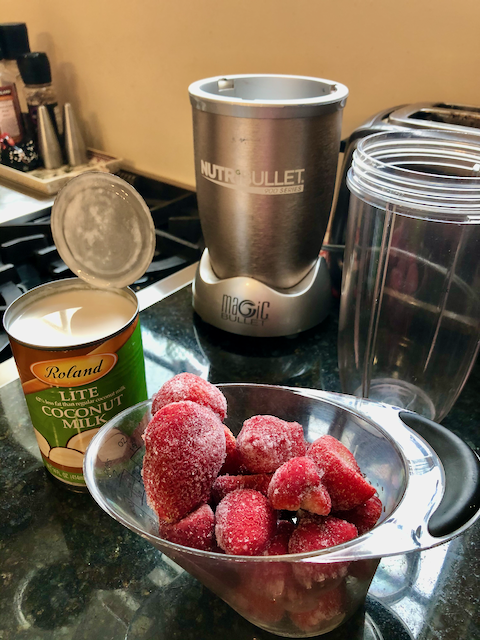 It’s really important to use organic strawberries.  Conventional strawberries have the highest load of pesticides of any fruit or vegetable.  It’s often more economical to buy them frozen and great places to get them at a good price are Costco and Aldi.

The use of bone broth (which has loads of collagen in it) makes for a creamy texture and it also is very beneficial for gut health.  But be sure to look for pasture raised/organic bone broth.  I avoid conventional bone broth because of  inflammation and antibiotics the cow was exposed to.  I use this brand, just search for bone broth and select the unflavored one.  (The flavored ones are good too, but not for this recipe).

I only use Ceylon cinnamon.  It stimulates insulin-like activity and reduces insulin resistance in the body.  It also has anti-inflammatory properties and may help to reduce blood pressure while supporting your immunity.    Regular (cassia) cinnamon has a compound that could damage your liver if you eat too much.  In fact it is banned in many baked goods in the EU.  If you’re wondering where to get Ceylon cinnamon, Whole Foods, Amazon, or your local health food store will have it.  If in doubt, Ceylon cinnamon is the more expensive one.  But worth it!

Now without further ado, here is the recipe.

Toast the nuts in a dry skillet for 5 – 7 minutes.  Watch closely because they can go from toasted to burned very quickly.

Combine the strawberries, coconut milk, bone broth, chia seeds, honey, vanilla and cinnamon in a small blender.  I use the Magic Bullet.  Leave in the fridge for a minimum of 2 hours or overnight. 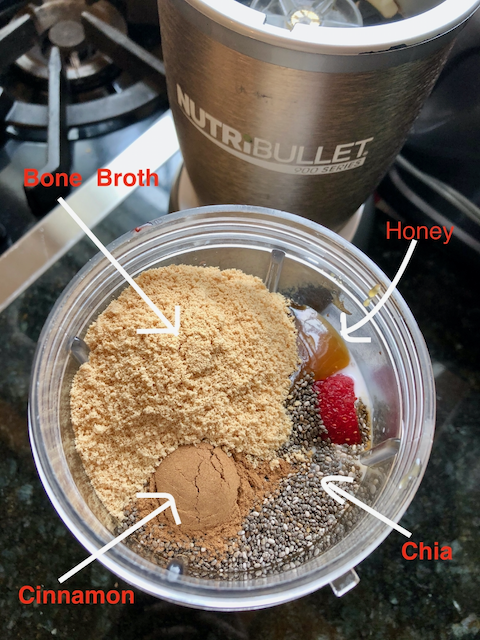 Place the toppings on the pudding and enjoy.