Peasant Caviar – A Surefire Way to Win People Over With Eggplant! 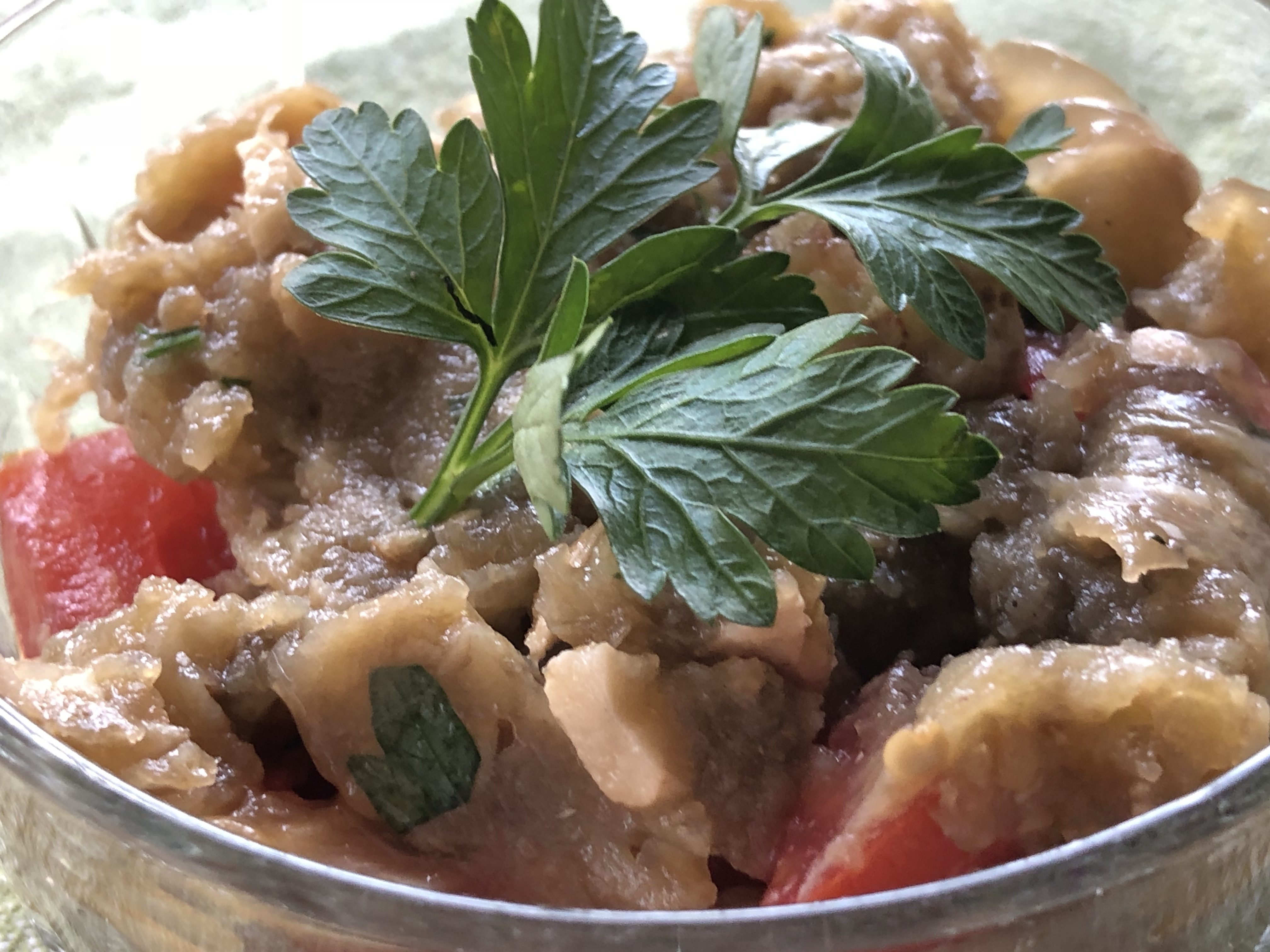 Almost 20 years ago when I was new to my neighborhood, I went to “Wine Time” for the first time.  Wine Time was a traveling party that happened about once a month.  The hostess provided the venue – which meant a tidied up home.  The guests brought wine and appetizers.   It was an open party – everyone was welcome – and it was a great way to get to know other young moms and newcomers.  It started Friday afternoon after the husbands came home from work, allowing mostly young moms to socialize in the absence of children (and husbands).

It was at one of these Wine Times, that I first had Peasant Caviar – one of the best appetizers at the gathering.  I never tasted anything like it and when I found out it was eggplant, I just had to have the recipe.

I enjoyed eggplant in various dishes, usually when I went out to eat at an Italian restaurant, but never knew how to prepare it properly.  My family became guinea pigs for various eggplant recipes but got impatient with the “mistakes” and developed a real distaste of the vegetable.  That is, until Peasant Caviar…

If you have someone who has an avowed dislike of eggplant, this recipe will turn them around.  Instead of announcing that it is eggplant, tell them it is Peasant Caviar!

And by the way the Wine Time tradition still continues, but it happens only a few times a year.   The times are a changin’…

Now for the recipe.

Cut the eggplants in half lengthwise and then deep slits in the flesh like tic-tac-toe grid but be careful not to pierce the skin.  Insert the garlic slivers  (about 1 clove per eggplant half) into the cuts. Lightly sprinkle the cut surfaces with salt, brush with olive oil and place the halves on a baking sheet. 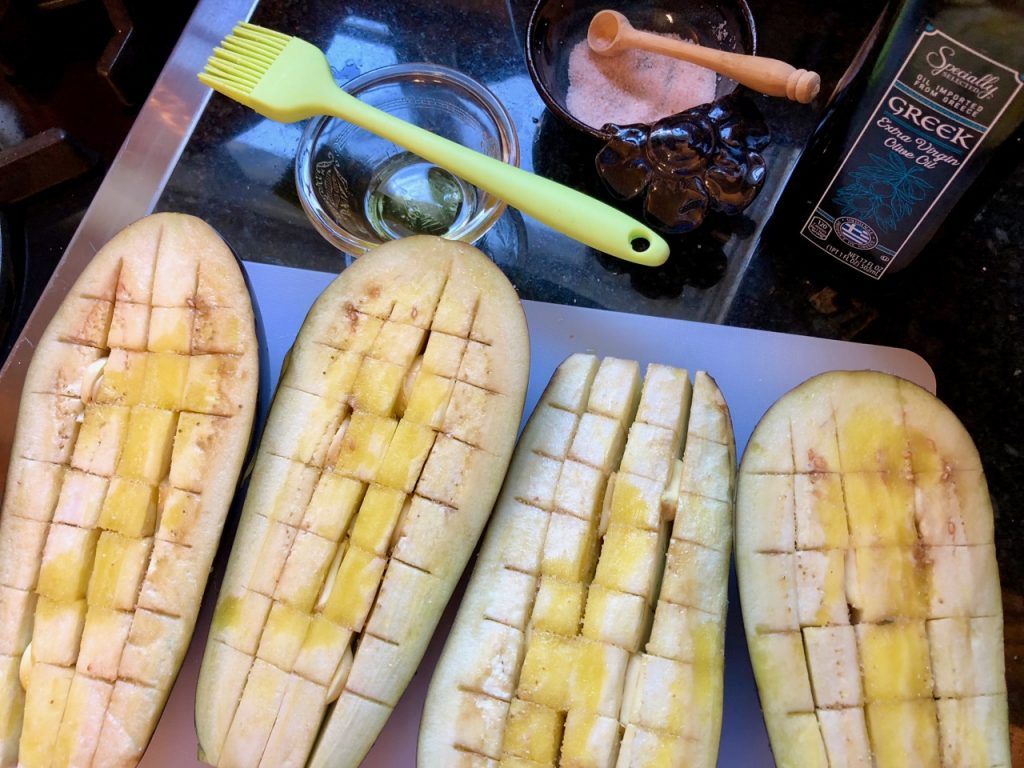 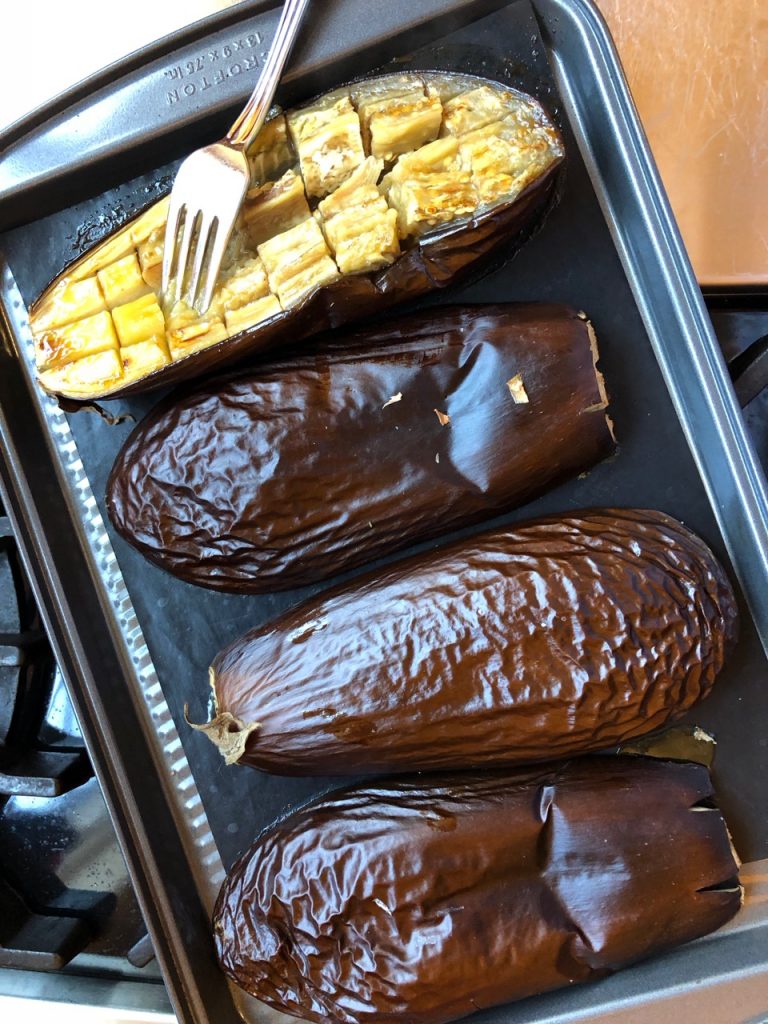 As the eggplants finish cooling, squeeze them gently to eliminate any excess liquid. Scrape the eggplant flesh (and the cooked garlic) out of the skins into a small mixing bowl and mash with a fork.

Stir in soy sauce, salt and pepper, olive oil, and raisins; cover and refrigerate overnight allowing the flavors to meld. 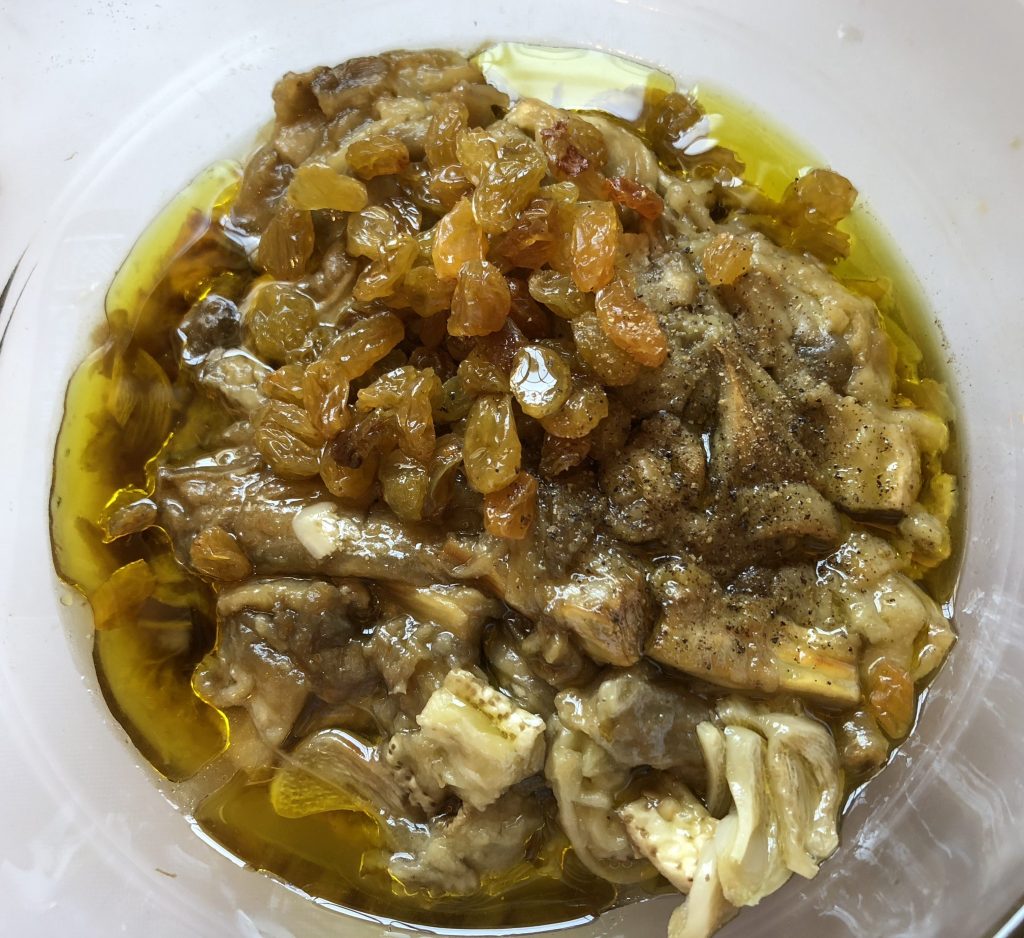 Just before serving, stir in the de-seeded, chopped tomato, parsley and toasted pine nuts (or chopped cashews)  and correct the seasonings.  I like to serve it with pita chips. 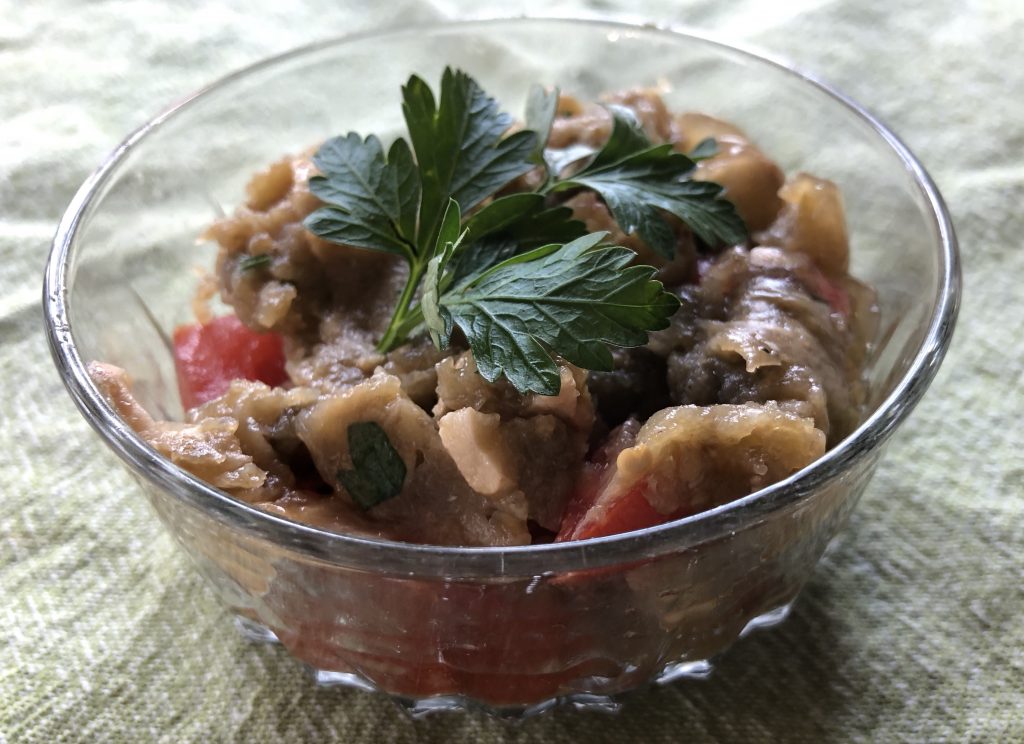 2 thoughts on “Peasant Caviar – A Surefire Way to Win People Over With Eggplant!”