Why My Chai Recipe Has Become My Best Friend 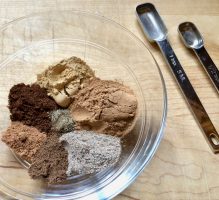 I happen to LOVE the taste of chai.  It’s a cozy flavor that is great in tea, smoothies, sweets and more.  And even better is that chai is super good for you.   I want to share my chai recipe so that it’s really easy for you to add chai to anything that tickles your fancy.

But before I get to that, I’m going to share just how good-for-you chai is and why it has become my best friend in the kitchen.

The spices in chai have a really high ORAC score. ORAC stands for oxygen radical absorbing capacity. Click To Tweet

It turns out that spices and herbs are amongst the highest scoring ORAC foods and a great addition to any diet.  Clove and cinnamon are in the top 25 ORAC foods out of a list of 500 and happen to be in my chai recipe.  Check it out.

But when you go to make your chai spice blend, I want to give you a huge health tip.  Use Ceylon cinnamon.  It’s the only cinnamon allowed in the EU because Cassia cinnamon – which is commonly used here in the States – contains naturally occurring toxins that are similar to rat poison and is irritating to your gut if you eat too much of it.

You can find Ceylon cinnamon in health food stores or you can order it here from Amazon.  If you think I’m making this up, check out this article regarding cinnamon that compares the two types of cinnamon.

Now for my recipe… 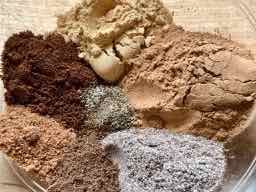 I hope you enjoy my chai recipe as much as I do.  Let me know if you make it.  If you have a recipe, let me know how much your recipe differs from mine and what you most commonly add chai to.