How To Love Life: Delight In The Splendor Of The Journey 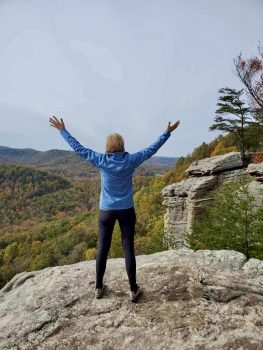 I recently came back from a marvelous trip to Kentucky to enjoy autumn in all its glory.  We wanted to thoroughly enjoy the leaves, but had so much going on at home that we knew we would miss experiencing the full autumn splendor in the Upper Midwest.  According to the fall foliage prediction map, if we went to Kentucky we would experience the foliage two weeks after the peak near us.

For us Kentucky was always a state we drove through. We noticed the rolling hills and horses but we never stopped to enjoy it.  For this trip, one of the places we decided to visit was the Cumberland Gap.  This area is in the farthest southeast corner of KY – adjoining TN and VA. The Cumberland Gap is the pass through a long ridge of Appalachian mountains, originally created by migrating buffalo, used by Native Americans, and later “discovered” by the famous frontiersman Daniel Boone.  Boone brought settlers through the Gap to settle the fertile fields of KY and Ohio.

We came to enjoy the leaves – and they did not disappoint.  My husband Dan and I researched various hiking trails and decided to go along the ridgeline where we could take in the beautiful views.  We had seen gorgeous pictures, and we took to the trails wanting to see the sites for ourselves. 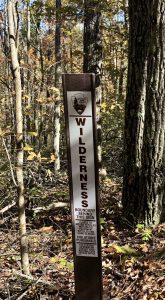 Even though it’s been 250 years since Daniel Boone first arrived and the term “wilderness” is relative,  these trails weren’t easy.  They were made a little bit more difficult because the falling leaves hid roots of trees, loose rocks, and acorns. My husband – being an engineer – said it was like walking on ball bearings.  In other words, it was tricky.  We needed to be careful where we placed our feet.

While on the trail, I twisted my ankle more than once – despite having great hiking boots and despite being careful with my footing.  It hurt.  But I had the destination in mind – I was going to the overlook!  I kept going and believe that my ankle was not nearly as stiff as it could’ve been.

I kept my eyes on the ground.  This made me look at things I normally would’ve missed.  I had to stop when I looked up.  It was too treacherous not to.  This slower pace was immersive.  Afterall it wasn’t a race, we weren’t under time pressure.  I noticed moss, ferns, leaves, mushrooms, lichen, rock formations, and trees growing in improbable places.  It was breathtaking and we hadn’t even gotten to the overlook!

Once we got to our destination, it did not disappoint.  The view was as magnificent as the pictures suggested, but it wasn’t any less magnificent as the things I noticed along the way.  We hiked past the overlook.  We heard rushing water and came upon a waterfall.   It wasn’t even on our map.  Again it was just as beautiful as the overlook. There had been rain two days earlier and the stream and waterfall was full displaying its splendor for us to enjoy. 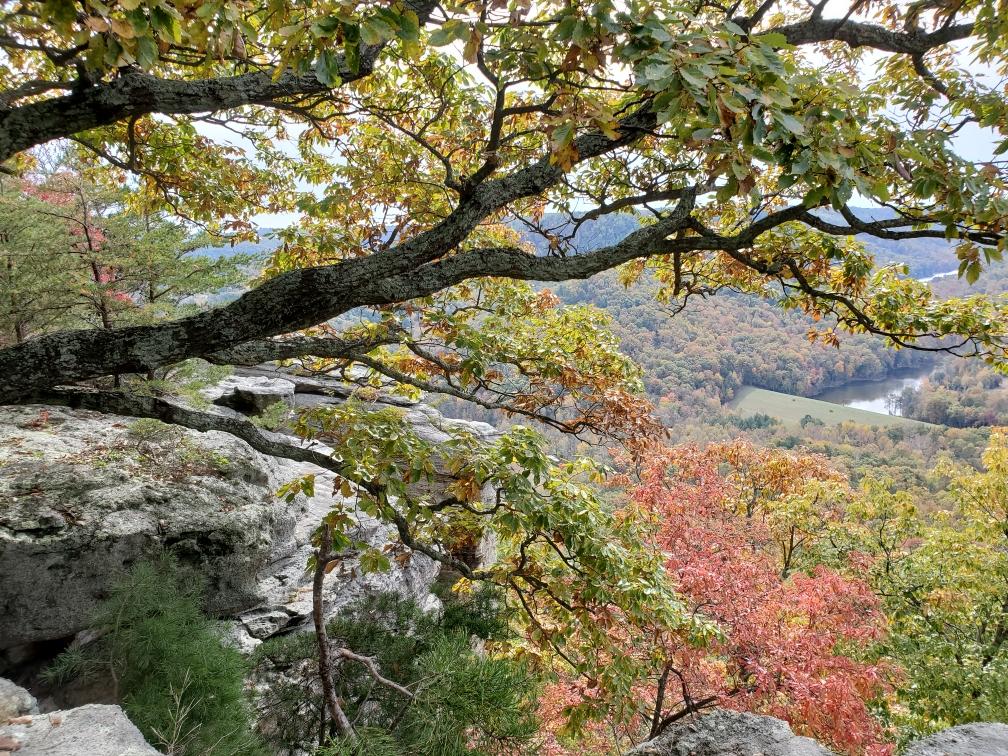 It occurred to me, isn’t this a metaphor for life?  Oftentimes we have a BIG GOAL.  We want to ACHIEVE and get there as fast as possible.  But speed doesn’t necessarily mean that the path is pleasant.  Who are you in a race with anyway?  You may not see the beauty or find the journey pleasurable because you didn’t ever stop to assess where you were.

I know we often hear “Enjoy the journey, not the destination” by Ralph Waldo Emerson.  I began to understand this after my heart attack.  I was so busy “achieving” I forgot to savor life.  I told myself, that if I just reached that goal, I’d be happy.

This idea of happiness coming after goal completion is backward.  Because once you’ve reached that goal, you’ll create another goal to pursue.  And you’ll create the same cycle of being in pursuit of achievement and waiting for happiness at the end.

This idea of happiness coming after goal completion is backward. Because once you’ve reached that goal, you’ll create another goal to pursue. Click To Tweet 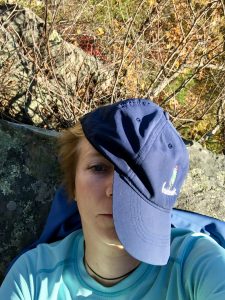 Resting on a rock at the overlook. Like a lizard in the sun. 🙂

Happiness actually comes before the goal is completed.  It begins with the journey.  The goal isn’t the reward, it’s just the finale to all the work. The journey is what we look back on, not the goal itself.   Making the decision to enjoy the journey makes it so much easier to do the “work” – or maybe I should say “play”?

It’s taken me a good long while, but I finally really understand this.   I love where life is taking me.  I’m making an effort to appreciate where I am.  I’m looking up and looking down and around.  And I may find something even better and not ever get to my original “destination”.  I may reach a place that is exactly what I need – not what I thought I needed.

And life is good.

2 thoughts on “How To Love Life: Delight In The Splendor Of The Journey”